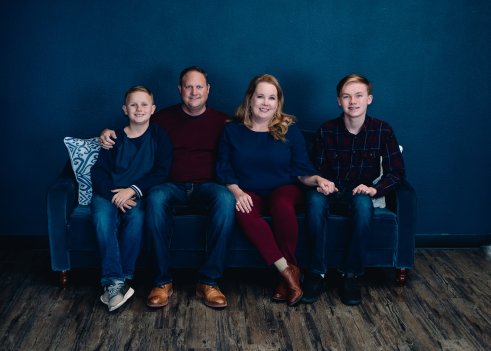 Allison Lassahn is a mother of two young boys and wife of 25 years to Lloyd.  She is a native Texan, growing up in the public school system and graduating from Robert E. Lee High School in Tyler.  After graduation, she went to Tyler Junior College for one year before moving to College Station to attend Texas A&M. She graduated in December of 1995 with a Bachelor of Science degree in Wildlife and Fisheries Sciences with an emphasis in Natural Resource Conservation.

After graduation, she worked at Fort Stewart, Georgia for two years as a wildlife biologist. In 1997, Allison & Lloyd moved back to Texas and Allison took a job at the City of Coppell as the GIS (Geographic Information Systems) Coordinator.  In 2000 she took a job at the Town of Flower Mound as the GIS Manager. She completed her Master’s degree in 2001 from the University of Texas at Dallas in Richardson.

While at Flower Mound, she worked with all departments in the Town setting up computer mapping services. This enabled her to have an extensive understanding of how local government functions. Also during her time at the town, she was involved in GIS user groups in the area. She was involved in training and user groups with the North Texas Council of Governments and the South Central Arc User Group (SCAUG).   She was President of SCAUG for two years.

Lassahn served on the Board of Ethics for the City of Highland Village from 2012 to 2016.  The Lassahn family are active members of Trietsch Memorial United Methodist Church in Flower Mound.  She and her husband have two sons, one attending Heritage Elementary School and the other attending Marcus High School.